What would you call a guy who leaves his life in Australia and moves with his whole family to… Germany, just five years after a serious crash on a speedway track. Most of you would think it’s madness, but fortune favours the brave.

Todd Wiltshire has recovered from his injuries and since he hadn’t been told not to ride speedway anymore, he wanted to get to Speedway Grand Prix, fast-lane. First, he tried to get a British license but after a decline for not having enough results to grant him one, he went on to get a German one. He started the season 1997 from winning the national German Championship beating Matthias Kroger and Robert Kessler at Brokstedt. The Aussie repeated it in 1998 at Gustrow (this time the rostrum was completed by Steffen Mell and Ales Dryml, the Czech).

Despite all this, Wiltshire still did not achieve his dream – he failed to reach the SGP. The German national round was just a formality, but he has fallen in the next rounds. In 1998 he got knocked out at the continental final at Debrecen, Hungary having only finished 13th. He had no luck in obtaining a wild card for a German GP either, as those went to Robert Barth and Gerd Riss.

In his first year back, Todd Wiltshire signed with Wybrzeze Gdansk in Poland. This was not his first time in Poland though, they remembered him well in Czestochowa back in the day, when in 1991 he ruled the league and lead the local team to promotion. As a very young and virtually unknown rider in the country, he did not drop a point at home (54 points in 18 heats). His away form was also pretty solid (32points in 15 heats) which gave him a 2,61 race average which must have impressed the Gdansk club 6 years later.

The Aussie must have liked the Baltic coast as he was riding very well for his new team, although he only featured in three away matches he averaged 2,5 point per race in them. Those were the times when teams not always could afford to field all star-studded teams week-in week-out. Fans often wondered looking in the match programmes whether the away team will be at full strength today? To add to this, Gdansk had another foreign rider they used more frequently, the late Igor Marko. Gdansk and Landshut in Germany were his only teams in that season as he did not do Swedish or British Leagues.

1998 sees Todd back at his former Polish club from Czestochowa, who back then was called Wlokniarz Malma. In these familiar surroundings, he managed a 2,143 average but again he was not called upon very often. This time his cheaper alternative from the Eastern block was Rinat Mardanshin. The Lions failed to get promoted, finishing third behind Atlas Wroclaw and Wybrzeze Gdansk and had to wait until the next year. The Aussie rode for the same club in Germany and lead them to a top 3 finish with an average of 2,280. He also made a comeback to Britain, riding for the Cheetahs of Oxford who only managed to finish 6th in the league (6,80 CMA). He also finished 6th in the Elite League Riders Championship with 10 points at Swindon.

Season 1999 starts with a bang and Todd becomes Australian Champion first time in his career. The meeting was very tight, the eventual winner finished with 11 points and a win in the run-off. He went on to progress through from the Overseas Final to the Intercontinental Final, which he won with 14 points. This meant that he finally achieved what he dreamed of for such a long time, he became a full Grand Prix rider. The busy season went on, he was having a great year for the Cheetahs and averaged 8,18, unfortunately, the team could only manage to finish 8th in the Elite League. He took revenge in the EL Riders Championships taking the 3rd place.

This season was also memorable for his sentimental comeback to racing in Sweden. Just like Poland, his last season racing in the Swedish League was in 1991 when he rode for Skepparna Vasterviks MSK, finishing 7th in the league with a 1,97 average. Six years later, also riding for Vastervik the team finished 9th but Wiltshire had a great year, being one of the leaders of the club and averaging 2,198. If a very busy Elite League and Elitserien wasn’t enough, he signed for Rybnik in Poland. RKM Energo Inwest Rybnik was riding at the second tier of racing in Poland, they have only managed to finish 5th but, again, the Aussie had great individual stats, with an impressive average of 2,61. To add to it, he rode for AC Landshut and won the German League with them.

The highlight of the year? Qualifying for the next Speedway Grand Prix, for sure, but also winning the Speedway World Cup. The Aussies started their winning march by winning the Quarterfinal in Italy, at Lonigo (Todd scored 11 points), they have repeated that in the Semifinal at Leszno in Poland (as a reserve he did not ride). The Australian team for the final in Pardubice was possibly their strongest ever, they had Jason Crump, Leigh Adams, Ryan Sullivan, Jason Lyons and Wiltshire at reserve. They have beaten the hosts, the Czech Republic in the final and USA and team GB who had a race-off for the bronze medal.

The first three years after the comeback was just a teaser of what was to come. In the third and last part, we will showcase the last two years of his career. We also invite you to read the first part of the story of the unforgettable Aussie. 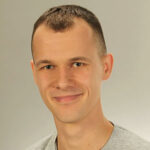