Four-year exclusion for Russia from all major sporting events – this is the World Anti-Doping Agency verdict. This is the aftermath of the doping scandal from 2014 that is still ongoing, but what does it mean for speedway? Emil Sayfutdinov’s manager, Tomasz Suskiewicz stays calm.

Remember Olympic Athletes from Russia winning gold medals at the Pyeongchang Winter Games? Get used to the sight of it, as we’re going to see it more often.

Russian national flag and their national anthem will not be present at the next Olympics at Tokyo 2020, the 2022 World Cup in Qatar or the 2024 Winter Games in Beijing. How about speedway then? We all know about the quality and importance of Emil Sayfutdinov and Artem Laguta in global speedway.

– There is nothing to say. It’s all in the hands of FIM. We have reassurances that the boys will be allowed to ride in the semifinals of the Speedway of Nations. We’re not worried – said to us Tomasz Suskiewicz, Sayfutdinov’s manager.

The GKSZ president (BSPA equivalent) Piotr Szymanski was consulting the lawyers last week. We should know the answers shortly if riders from Russia will be allowed in the SGP and SoN – if they are, under what flag. Questions are also raised about the Grand Prix of Russia in Togliatti, which has taken the place of the Krsko round.

The interesting fact is that the Russian national football team is indeed allowed to take part in the Euro 2020 as this is not classed as a major sporting event because UEFA is not defined as major event organisation. 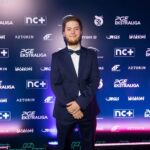