Jakub Jamrog has changed clubs on the first day of the transfer window in PGE Ekstraliga. The rider, born in Tarnow, chose to leave Betard Sparta Wroclaw and join Speed Car Motor Lublin. How it came about and what are his new team goals for the season, the 28-year-old explains in his first interview as a Lublin rider.

Jamrog was linked with Lublin for some time so it was not a big shock when the news came out. The ex-Tarnow man revealed that the negotiations with his new club were not too lengthy and quite easy.

– We have been in talks with the club before the last season and I was close to signing then. It wasn’t to be and I have signed for 2020. I won’t go into details, but it was crazy times before the window opened. I wanted to ride for Motor badly because I know a lot of people from Lublin and I know how good the atmosphere is here. Besides my last few matches at Lublin were pretty solid. I like the circuit a lot as it reminds me of my home track where I come from, Tarnow. Our paths crossed at ease as I wanted this transfer and so did the club so both sides are happy with it – said Jamrog in an interview for the clubs website.

Jamrog departure from Betard Sparta is mainly caused by the fact that the club cannot guarantee regular racing for the ex-Tarnow rider. In the team managed by Dariusz Sledz, the 28-year-old was often substituted by Gleb Chugunov, who is regarded by the club from Dolny Slask as a huge talent.

– Somebody made these statistics that in 2018, when I was in Unia Tarnow, in 14 matches I rode in more heats than in 18 matches for the Wroclaw club in the last season. It’s common knowledge that Sparta had medal aspirations and often made changes. Those changes sometimes made me suffer but then again, sometimes they would put me in heat 15 so there were ups and downs. I am glad I have joined Lublin as I hope I will be more regular – said the silver medal winner with Wroclaw.

Jamrog also revealed his 2020 expectations. The rider knows that they mention the clubs medal hopes at Lublin. The new Motor star added that he also wants to improve his personal stats.

– Talking about the team, there is this big hype and expectations from all the fans. I can say openly that we will be charging for the top 4 of PGE Ekstraliga. Individually I would like to improve on my average as in 2019 it was lower than in the previous season. I would like to see a big improvement at the end of the next year. I hope that in the team like Lublin it is possible. – concluded the rider who ended the 2019 season with a 1,492 average. 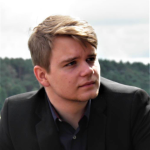