Start » Gruchalski: I want to lose 15kg in weight

Gruchalski: I want to lose 15kg in weight 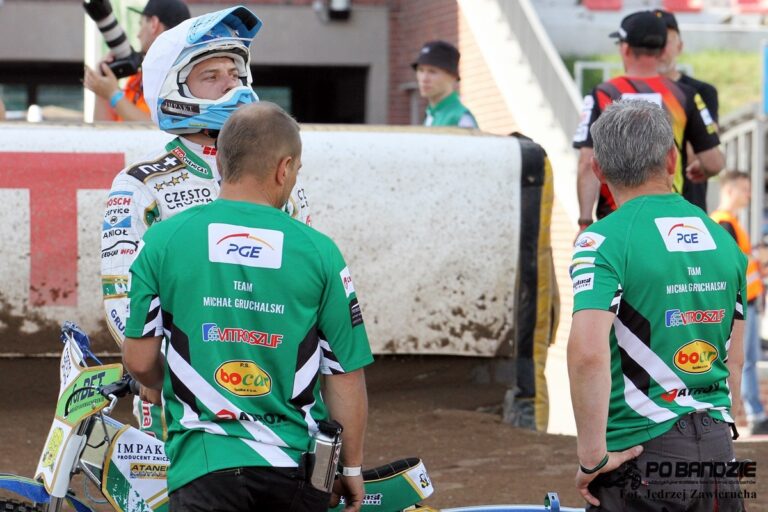 Michal Gruchalski’s season was his last in the junior category. The 21 year old ended the 2019 season with a 1,283 average, was close to win the Silver Helmet Championship (U21) and came runner up with his team in the junior national team championships

You had a couple of very good meetings this year and you have improved your average from last year by 0,098. Are you happy with the way it went?

The way I have ended the previous season on a high made us all think that this is going to be a much improved year. However I am not extatic about the way it all went. I don’t want to make excuses and blame my bikes. For the whole season I had that thought at the back of my mind that this is my last year as a junior and it will decide on my future. I have put too much pressure on myself to beat all the junior riders and keep winning the junior rides, which made me nervous and put me under a lot of stress. So the ones I was focused on, which are at the beginning of the race meeting, I could not handle the pressure, but as the meeting went on I was more relaxed and rode better. So it was all in my head. I’m not saying it was a disastrous year though.

Your away form was something that you could be satisfied with. The home meetings were much similar to the away ones, so no home track advantage…

I struggled with the Czestochowa track, you could say. I kept getting confused as my set ups from trainings did not work. When you race away you have to trust your instincts as you only see the track just before the match and you just have to get on with it. In the regular season when we rode at Zielona Gora we only did a track walk and I told my mechanics to set the bikes for slick conditions as I thought it was quite hard. I managed to score 11 points, while at home I was studying my notebook and my previous set ups too much.

forBet Wlokniarz Czestochowa finished third in the league, you have won bronze after you had Leszno in the semis. Is that the best you could do against them?

Unia was extremely strong this year. They were also very motivated to win gold. Our job was to get to the play offs first and then see what we could do. We have managed that, from the fourth place which meant we had to race against them. I keep saying that to see how good you are you have to challenge the best. Unia showed later that the were not only stronger than us but they convincingly won in the final too. The bronze medal is a definite success for the club. It’s the first medal for 10 years, we are happy with that.

There was a moment during the season it was more likely that Grudziadz will be in the playoffs instead of you. Was there pressure in the team, did you all get nervous?

There were tough times but we stayed calm. We made a couple mistakes and we knew we had to fix them quick. In the most important part of the season we regained the home track advantage as it started favor us a bit more. When Grudziadz came to us we knew they didn’t like it from the start, as they did the pre match practice. We have spent a lot of time preparing just for that meeting and we managed to win it and progress to play offs. My 6 points that I have added, mattered at the end.

You are quite open and honest about your plans to ride in the lower division next year. Do you believe that sometimes one step back is needed to make two steps forward?

Dropping a division down doesn’t have to mean a step back. I remember when Greg Hancock signed for the bottom division club from Rezszow, he came to Czestochowa to practice. He then said that sometimes is worth to even make two steps back for then to move forward a tiny step but develop and make progress. I think that in my case changing leagues will help. My heart bleeds when I think about leaving Wlokniarz but at the same time I have to think about my career. I can always come back after a year or two out. I am actually counting on it.

Have you thought about staying in and trying your luck at the number 8 and 16 reserve spot?

I am not aware of the team squad nor do I know the clubs ambition for the next year. I don’t know who will be the second senior Polish rider in the team. Seating on the sub bench all year and traveling around the country just to be in the pits for two hours during matches and not get a ride does not appeal to me.

Have you found a new club in the other league yet?

I can’t say much yet. I know it will not be Ekstraliga though.

Did you have many job offers?

Yes. When the season ended I was looking forward to see if the clubs were interested. The phone wasn’t ringing and I thought, at first, that this will be the end of me as a speedway rider. Luckily it all started to change and at one point it never stopped ringing. It still rings but I think I have one club in mind already.

Season is behind us now and after you have dealt with all those phone calls there will be time to have a rest. any favorite holiday destinations that you like to go to?

I really love polish mountains, not a fan of the polish seaside though. We went to the mountains with my girlfriend during the season and at that time of the year it was a much needed retreat. I think we are going to do it again soon. We want to go somewhere warm and exotic too. I want to get the contract sorted and sign all the paperwork at the beginning of November so I will have plenty of time to rest.

How do you relax when you are at home in Czestochowa. Do you go out much or stay in?

I haven’t had a time to relax yet as I am still riding as much as I can while the weather still allows. I know that when winter finally falls I will miss riding so I am trying to get as much speedway as I can. But if I am at home I like to play Formula 1 on my Xbox or watch Netflix. There will be time for that soon, but not for long as we start winter prep for the new season.

Are you changing much in your winter training set up?

I want next year to be a good one so I am planning to lose a lot of weight so I can be even leaner. I think I can lose up to 15 kilos. I know a local MMA fighter who offered to help me. I’m planning an individual training programme and I hope he can train me. So the plan is to lose weight without compensation on power loss and also to learn some martial arts at the same time. 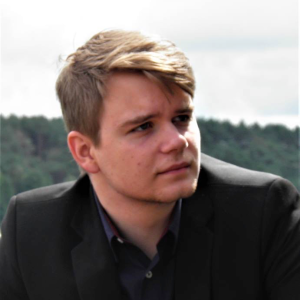