Start » First Polish player never to play in the NBA

First Polish player never to play in the NBA 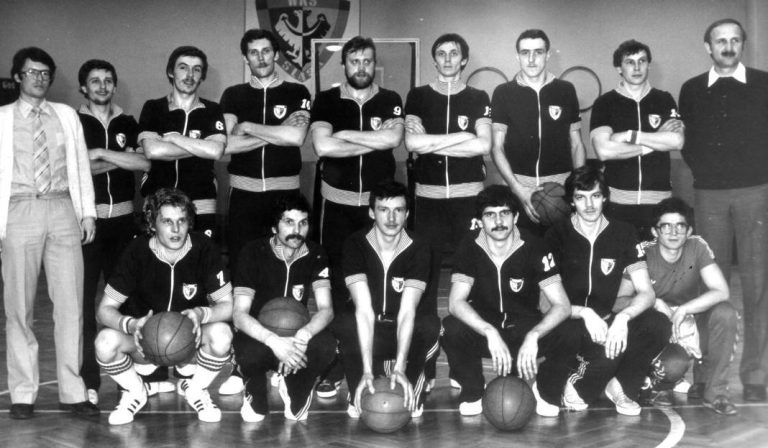 In 1978 he came from Wybrzeze Gdansk to Slask Wroclaw. The way it came about is rather unseen these days. It was a trade between two clubs, basketball player for… handball player. Dariusz Zelig to Lower Silesia, Daniel Waszkiewicz to Baltic Coast. He then became the professor of basketball, the pro among the amateurs, like media liked to call him.

He was born in Koszalin, multi-talented. – We would do all sort of sports back then. I was representing my primary school in most disciplines. Once we were playing the juniors from Baltyk Koszalin club, they were coached by Bozena Sedzicka’s uncle, she was a player herself. They got a good kicking and I scored about 30 points. Jurek Olejniczak was on that match and he came up to me and asked if I wanted to go to the high school that he was teaching PE at. I had no idea which school I was going to chose so I agreed. I started to go to training with the Znicz club. In all those years there was a fierce competition between all the schools. My, school number 1 or Leszek Dolinski’s school number 2. Results varied – remembers the professor.

In 1978 Zelig moved from Wybrzeze Gdansk to Slask. In that memorable trade deal involving him and a handball player – It wasn’t just about that. There was also my National Service matter. The clubs made the deal without money changing hands, although I had some share for myself. There had to be an incentive to make me leave the team that was national champions and join Slask which we recently beat in Wroclaw in a tournament. The man behind it all was Gienek Adamczak, Slask’s club volunteer who was also the Ossolineum’s director – explains Zelig. He was 21-tear-old. This was the year he didn’t make the squad for the European Junior Championships, only to be included in the senior squad later. Such paradox. – I had twisted my leg at the training camp and they have lost interest in me, I mean why would they take anybody from Koszalin if they could go for somebody from a decent club – he concludes.

Why then such professor of basketball did not go, as the first Polish player, to the NBA? I asked the question recently at Kudowa-Zdroj during the Olympic Days festival. “Becuase the flights were only going one way back then” – was his brilliant response. How was it really with those plane schedules? – When I went to play in Belgium it was already 1987 I was invited to a summer league camp in America. I have kept the invitation letter somewhere in my archives. I could travel with all my family, chose a club, one of the seven clubs and accommodation. Getting a visa shouldn’t be an issue either. An idea struck my head though, to give the federation a call. Their response was categorical, if I was to go I would be banned for life in the country. I was already 30, but we had decided with the wife that it was too early for a one-way ticket and I could still have a career in Europe. I let it go. Now I think that I should then pack my bags and go – remembers Zelig. Let’s add that he was spotted by a talent scout who came with the Canada team that came to a tournament and handed the invitation after one of the matches.

This is how instead of professor Zelig, the first Pole to play in the NBA became a certain Cezary Trybanski – average player, a product of modern era managerial contracts and favours. Anyway, it’s all in the past now. – I don’t regret anything, I had some nice things going on in my career, especially after I came back from playing abroad – assures the guard and shooting forward. We remember. That soft wrist, that trademark bank shot from places that most people would opted out for a direct shot.

– This was all practised at training it was all allowing me to do more with the ball between getting in the air and actually shooting. Direct shots require more precision, my shooting opened up more options, I could finish with more variety by lobbing, put a spin on the ball. I had to stay in the air for longer though. Coach Andrzej Kuchar analysed our shooting, he was counting the frames from stopping to the moment we were going up. I had that moment very short, below average, it was taking between 8-9 frames.

It meant that I was taking off, the other side (opponent) was only just bending their knees to defend me. In other words, it gave me a massive advantage – Lectures the professor, we call him that again. We need to add that the shot itself, the man from Dolny Slask had very fast.

behind every great man, there stands an even greater woman. About his wife Teresa our champ has already said a few words. She is Zbigniew Szuba’s sister who won a world championship in modern pentathlon with Janusz Pyciak-Peciak and Jan Olesinski in 1981.- She won a silver medal in polish shooting championships – he recalls her CV. – She’s from Rzeszow, but won the medal shooting for Krakow and later join Slask. More as a coaching staff – he adds. We all know their daughter Karolina, 32y.o. She was always shooting ball during the intervals with all the other kids at the Mieszczanska hall. – She’s been away abroad for six years now. She’s got a basketball coaching badge but she doesn’t work in sport. Shame that. My son Kuba? 30 years old. Blimey, how time flies. He’s already 30 years of age. He’s a doctor in Wroclaw – says the dad. We also remember the wife, always supporting the husband from the stands. The husband did what he did best. – Best score? 52 points against Zastal at Mieszczanska. I never played for records but that time everything was going in – smiles the super sniper. Great shooter, just like his wife. They are made for each other.

Zelig recalls his court partnerships with Ryszard Prostak, Stanislaw Kielbik and Dariuszem Szczubial. The website olimpijski.pl sees him as one of three European class players of the ’80s. Next to Eugeniusz Kijewski and Mieczyslaw Mlynarski. What does he think? Would he add anybody else? – Hmm, let me think. This might be correct – he thinks. It was tough for him to leave basketball. In 1993 he joined Spartakus Jelenia Gora. – It wasn’t for the money, for sure. It was perhaps as I was getting bored at home. I haven’t got the best memories, I mean I don’t blame anybody or hold grudges against anybody. I just got a serious Achilles injury – he explains.

Zelig also made a comeback to the national side. He wasn’t playing for any clubs back then but he was drafted in for some important matches in the European Championships qualifiers at Wroclaw. – If I recall it right it was Gienek Kijewski and coach Koniecki who talked me into it. I didn’t feel I was up to it. I have never rejected a national selection and the player needed encouragement. As I later found they needed my help on the pitch. My efforts were pathetic – the olympian from Moscow holds his hand up.

It wasn’t easy to get Zelig to talk. Which is significant as he was once a journalist himself. He hosted a show on Telewizja Dolnoslaska called “Wokol Sportu”. He sat in a chair in a studio with a guest and viewers could phone in and ask questions. Live on air! There were times when they had no questions but voiced their opinions. Like “f… the police”. This is how people remembered those local derby matches with Gwardia, a police force club. Those shouting these silly things on air are probably still most active online hiding behind the comments .

– Andrzej Kuchar was at TeDe it was his idea of having me on that show. CIt was in interesting experience – explains Zelig. So why does he not like the journalists? – It’s not like I hate them all. Once I had a little joke at Mr . Michalowicz expense but he did not get it and wrote things that he wrote. I became aware that journalists not always can take a joke. The truth painted a different story. I was returning to Poland from Germany for good, it was April. I had seriously sprained my foot, Slask was coached back then by Jurek Chudeusz. He agreed that I could join them for my own practice sessions, it was just for myself.

When I finally got back in shape he asked me if I wanted to join the team and help out. I said – OK. The next day a TV crew turned up sensing some news. It really pissed me off, it took 6 months and nobody came in to ask what was going on but once there was something to report they all came at once. But if there is no news to report on, you invent it – points out Zelig. This is roughly how it all works if he’s not willing to talk with us, we’ll tell our own story.

If it was such a heartache to retire, why did the 7-time league winner not become more involved as a coach? He finished AWF but had no master degree. – There are so many great and professional coaches about in Wroclaw – he says. He sounds a bit ironic but has no hard feelings. If Zelig really wanted to become a coach, he would become a coach. With his position, his name, his experience and skills.

– There is some truth in that. I have had talks with one of the leading clubs in the country about working together. I was saying that I would need someone to help with strength and conditioning, somebody to analyse computer data. Things that are common tools to any coach these days. But 20-years-ago they were all looking at me as if I was from another planet – he explains. 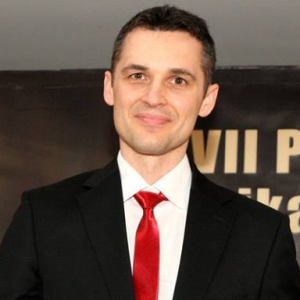