For Danish 23 year old Patrick Hansen the start of the 2021 season is surely one he will he never forget.

On Monday, in his first start in eWinner 1, he took a maximum 6 points from two rides when his team Ostrovia hosted Gniezno. He was the highest scoring rider in the match that was stopped after heat 5 because of heavy rain.

Then yesterday in Esbjerg, Denmark for the national qualifier for World and European championships, he continued the trend. He won his first four heats and by the end of the night the only rider he faced that did not beat in at least one heat all was Lublin’s, Mikkel Michelsen.

Getting better with every year

The young Dane is Ostrovia’s U24 rider, he will represent reigning champions Masarna in Sweden and Grinsted (GKS Liga) in his native Denmark this season.


He had been making steady progress over the last three years. He was in the Polish 3rd division in 2019, then represented Rzeszow in eWinner 2 in 2020 where he finishes with a heat average of 1.963, placing him 15th overall. He also raced three matches with Masarna in their 2020 winning season, but scored an unremarkable 1.063 p/h in Sweden. The club signed him partly because he had won a U21 European Championship semi final at Avesta in 2017.

But now the Dane can boast that he is an unofficial national champion of 2021.

Just one day before the race in Esbjerg, FIM Europe announcing that the four qualifiers for the SEC due to take place in May had to be scrapped because of the coronavirus. So the competitors knew that what was a stake was four places in the SGP Challenge event to qualify for the SGP in 2022.

The DMU also has the right to one wildcard spot, and last night’s result will be a headache for the Union, as they have a large number of people who could take that place.

That includes the injured Iversen, Jepsen Jensen and Thomsen who did not race in yesterday. Coupled with that the three riders signed with Ekstraliga clubs, Kenneth Bjerre (6), Jonas Jeppesen (6) and Marcus Birkemose (7) all under performed in the race. Even Michelsen failed to make automatic qualification after being excluded from heat 11. He, in any case recovered to finish 5th overall in a race off with Jonas Seifert-Salk, Mads Hansen and Rene Bach who all finished with 9 pts.

Alongside Hansen, the other three riders who are through are Nicolai Klindt (12), Rasmus Jensen (12) and Peter Kildemand (10). Interestingly, three of these four riders were in Monday night’s curtailed eWINNER1 match in Ostrow whilst the fourth, Jensen, has had a good start to his season with two matches in Gdańsk.

Unfortunately, bad weather forecasts in Poland for the coming weekend may mean that no matches take place, but until then Hansen can bask in his new-found glory. 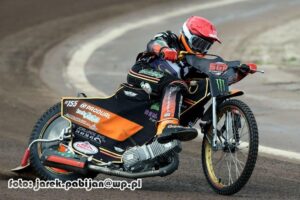 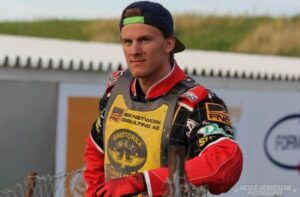 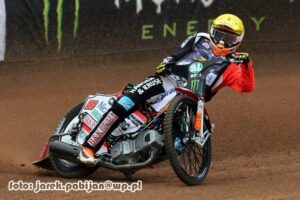 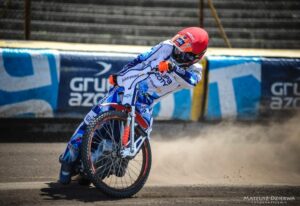 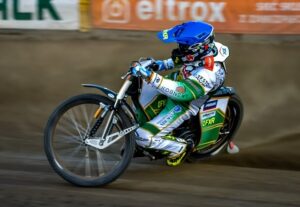 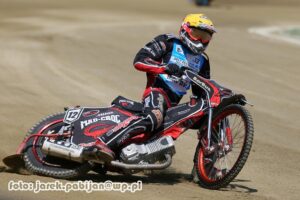 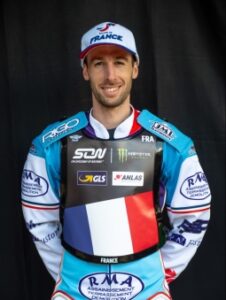 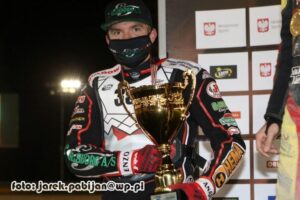